NOUAKCHOTT, Mauritania -AP- A man suspected of plotting a bombing attack in the United States has been arrested in his native Mauritania, security officials said today

The officials, speaking on condition of anonymity, said Mohambedou Ould Slahi was being held at the offices of the Bureau of Mauritanian Security. They said he was arrested after leaving the neighboring West African nation of Senegal on Wednesday

A region of western Africa between the Sahara Desert and the Gulf of Guinea. It was largely controlled by colonial powers until the 20th century

Slahi, 30, who had been living in Canada, left that country in part because of the investigation into an alleged bombing plot U.S. authorities say was tied to Saudi millionaire Osama bin Laden Laden, the Canadian Security Intelligence Service said yesterday

The Senegalese newspaper Walfadjri reported today that Slahi had been detained for a few hours at the Dakar airport in Senegal, questioned, and then allowed to travel onward to Mauritania

The newspaper, quoting unidentified police sources, said he was questioned because his name was on an Interpol list of people to watch. The report gave no further details

Ressam, an Algerian, pleaded not guilty yesterday in federal court in Seattle to charges of planning a terrorist bombing

Three other Algerian nationals and a woman married to an Algerian are in custody, and police in the United States and Canada are searching for another Algerian

According to a New York Times report, Slahi’s brother-in-law is one of bin Laden’s top lieutenants. However, a U.S. law-enforcement official said yesterday on condition of anonymity that U.S. investigators are unsure of this.

U.S. investigators are also not sure if Slahi was a major figure in the bombing plot, or just a minor messenger, the official said in Washington.

Investigators told the Times that Slahi was in constant contact with a construction company in Sudan that was owned by bin Laden and was a front for bin Laden’s international organization, al-Qaeda.

Bin Laden, believed to be in Afghanistan, is accused by the United States of masterminding the 1998 bombings of U.S. embassies in Kenya and Tanzania. Those attacks killed 224 people, including 12 Americans.

No specific evidence has been released linking bin Laden to the newly alleged bombing plot. Authorities have not said what the targets of that plot might have been.

Last fall, Slahi traveled to Montreal, where he worked closely with Mokhtar Haouri, one of the Algerians charged with helping Ressam, according to the Times.

Before Slahi left Montreal, he shared a small room at the Assunna Mosque, said Bahaa Elbatal, the mosque’s secretary.

Elbatal said Slahi needed a place to stay in early January, and had left Jan. 21. “I never felt he was a dangerous person,” he said. He led prayers daily and showed a deep knowledge of the Koran, Islam’s holy book 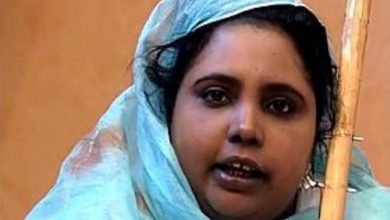