NOUAKCHOTT, Dec 12 (AP) – Mauritania’s top opposition politician pleaded innocent on Tuesday to charges of plotting to overthrow the leadership of this U.S.-allied, Islamic republic _ accusations that could mean life in jail and decades at hard labor.

On Tuesday, Haidalla appeared in court in Mauritania’s capital, Nouakchott, to reject the accusations.

“I decided to be a candidate for the recent elections in order to put an end to this regime,” Haidalla declared. “If this is a coup plot, I did it.”

This is a lie,” he said of assertions that his son, also on trial, funneled him the cash. “I give him money. He does not give me money

If convicted, Haidalla and 14 alleged conspirators face life in prison and between 10 and 20 years at hard labor including smashing rocks and constructing buildings

The trial could end as soon as this weekend

Mauritania, an Islamic republic straddling Arab and African worlds on the edge of the Sahara, has never experienced a peaceful transfer of power since independence from France in 1960.

Taya held presidential elections in 1992 and 1997, but the opposition said both votes were deeply flawed

In June, Taya survived the latest of several coup attempts, which brought two days of fighting in the capital 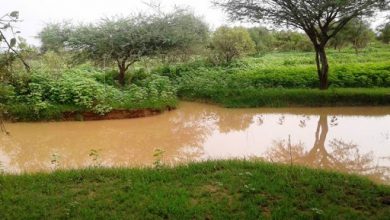