Mauritania’s pro-Western leader battled an apparent coup attempt today, as small-arms and tank fire erupted near the presidential palace in the Arab-dominated West African nation. The fighting followed a government crackdown on Islamic activists that started with the U.S.-led war in Iraq

The whereabouts of President Maouya Sidi Ahmed Taya during the clashes were not immediately known. At midafternoon, the Arab satellite television station al-Jazeera reported that coup forces had entered the presidential palace

But a senior government official insisted authorities had the situation under control. “There are some small groups fighting in parts of the city, but it is just a question of time” until order is restored, the official said on condition of anonymity

Residents reached by telephone in the capital, Nouakchott, said explosions started at 2 a.m. By midday, they could still hear gunfire and see tanks moving

I have decided to lock everyone inside, all members of my family, because we are too scared to go out,” said one man, who asked not to be identified. “We are hearing gunshots at this very moment

Staff at the city’s main hospital said they had received the bodies of three soldiers and treated 16 others for gunshot wounds. Civilians were also hurt in the fighting, they said

In neighboring Morocco, the state-run news agency said the coup attempt was the work of armored units within Mauritania’s military. Al-Jazeera said it appeared to be led by officers recently dismissed from the army and others angry about the government’s campaign against Islamic extremism

The country’s Arab-led government has tried to balance the interests of a strongly Islamic nation with a Westward-looking foreign policy. After a bitter falling-out with former Iraqi president Saddam Hussein, Taya traded an alliance with Iraq for improved relations with Israel. Mauritania is one of only three Arab nations that has diplomatic relations with Israel

Taya took power in a 1984 military coup and was declared president in 1992 and 1997 elections widely viewed as flawed. Mauritania — a Sahara Desert country of 2.5 million people — is among the world’s 30 poorest nations 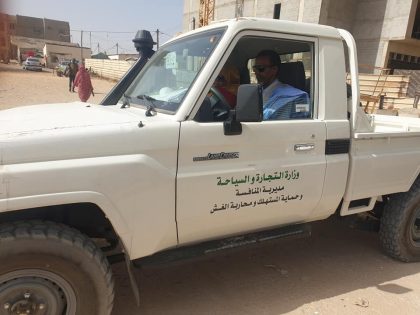