State radio aired repeated appeals Tuesday for people to call new anti-terror hotlines with reports of suspicious behavior, the latest step in a crackdown on Islamic extremists in the Arab-dominated West African nation.

Over the past two weeks, police have arrested pro-Iraq Islamic leaders, members of Mauritania’s banned Vanguard Party who back Saddam Hussein, and those affiliated with several Islamic organizations suspected of funding extremist groups.

State radio urged residents to call the hotlines “to save their lives and defend their country from terrorist threat.”

“We are all concerned about our security and that of our country,” the broadcasts said.

Without naming al-Qaida, he cited the lessons of Afghanistan, saying Islamic militants ruined that country.

Mauritania is a predominantly Muslim state that straddles black Africa and the Arab world on the edge of the Sahara desert. It was widely seen as supporting Iraq in the 1991 Gulf War, but has increasingly looked westward since.

The government has appeared anxious not to risk Western isolation by showing support for Iraq or Islamic extremists, and has kept Islamic leaders under tight control since the new Iraq war began.

Mauritania borders Morocco, the scene of bombings Friday that killed 41 people, including 12 bombers.

Mauritanian police stood guard Tuesday around the Israeli and U.S. embassies. Mauritania is one of only two nations in the Arab League that has diplomatic relations with Israel.

Arrests over the past two weeks have targeted people suspected of using mosques to recruit young people and of having links to alleged terror or extremist groups outside the country, state security director Deddahy Ould Abdallahi said.

Those arrested include a prominent Islamic figure, Jamil Mansour, and Islamic leader Mohamed Hassan Ould Dedaw. Dedaw called for a holy war during the latest Iraq conflict, saying all Muslims were obliged to fight for Iraq.

As part of the crackdown, authorities on Monday closed offices of a private United Arab Emirates relief organization and arrested three staff members. Police, speaking on condition of anonymity, said the arrests were related to alleged financing of activities of Islamic movements.

Security forces also arrested more than 10 members of the Vanguard Party, which shares ideological roots with Iraq’s now-banned Baath Party and was outlawed in recent years.

Authorities have not said how many people have been arrested, and it was not known how many of those arrested have been released 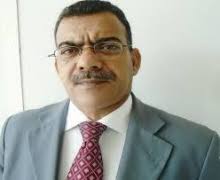